Thanks, but no thanks: the art of setting boundaries at work 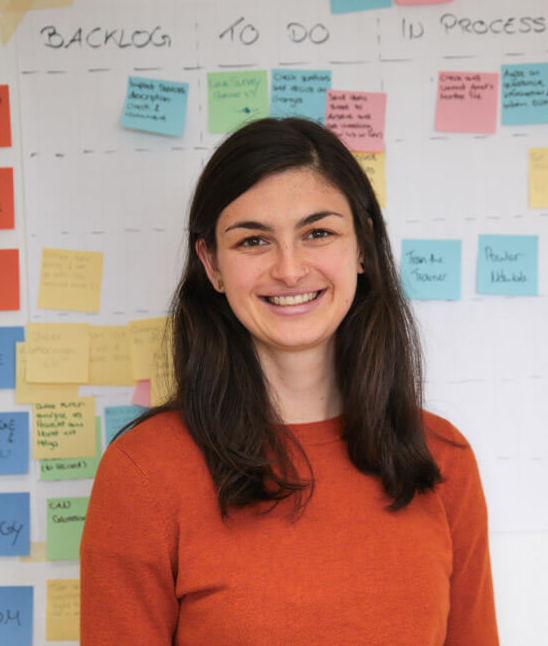 You know that moment when someone asks you for a favour and you immediately feel it in your belly: no. No way. I have way too much on already. Or maybe more simply: I do not want to do that. I just don’t.

And then what do you say?

Yes! Yes of course I can do that for you. It would be my pleasure.

And inside you’re already dreading it. Resentment starts to trickle in. You feel stuck.

Are you afraid of disappointing the other person? Afraid they’ll stop liking you? Or afraid you’ll seem selfish?

In fact, according to Brené Brown, these are the main reasons we don’t set boundaries. We don’t want to make others angry, disappoint them or make them stop liking us, and we don’t want to appear selfish or unlikeable. And when we fail to set them, usually the consequence is resentment.

The thing is, I love it when other people set boundaries.

I really appreciate it if I know what’s ok for someone else. I’m much more likely to ask a favour of a friend who I know is good at setting boundaries and saying no.

I’d so much rather get a no than a reluctant yes and then spend the whole time questioning if it’s really ok for them and worrying I’ve asked too much.

Isn’t life much simpler when we know what to expect from others, and we know what’s ok for them?

Because that’s basically what boundaries are about: making clear what is and isn’t ok for us.

Setting boundaries is not about building walls. Sometimes the boundaries can be flexible. It’s rather about getting in touch with our needs, expressing them clearly to others and standing up for them in our decisions and commitments.

And this is true in our working relationships as well as our personal ones.

Practicing setting and communicating boundaries — and making it ok for others to do so too — is a crucial leadership skill.

Examples of boundary setting at work can often include very simple things. Show up on time for meetings. Don’t answer emails after a certain time.

It can also be more intricate things. Being honest about dissatisfaction is ok, talking about others behind their back is not ok.

There are also cases where boundary setting can be more flexible and ambiguous than it appears on the surface.

For me, one of these cases is not working on the weekend. I’ve been practicing this for a while and I mostly stick to it. Yet I also have my own categories about what counts as work or not — about what is and isn’t ok for me.

Reading a book or listening to podcasts about leadership — ok.

Meeting my colleagues and talking about strategy and dreams for the future — ok.

Meeting my colleagues and talking about the details of a specific project — probably work. But it depends.

And that’s what makes it tricky sometimes — it’s not always a clear line.

I also have a few caveats in there too. For example, if someone asks me to facilitate an event on the weekend and I would actually like to do it, then it’s ok.

Or if there’s a big deadline to reach that won’t be possible without a few extra weekend hours, then I might decide it’s ok as well.

The important thing for me, then, is that it’s the exception, not the rule.

Sometimes it’s helpful to have ‘no’ as the default answer and then I have to really check in with myself before I say yes. Why am I saying yes? 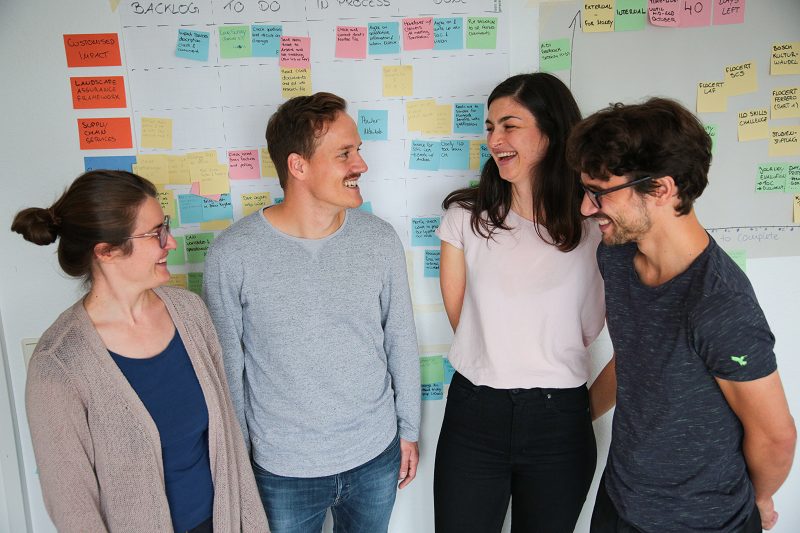 Social entrepreneurship in action: how we balance purpose and profit in our business 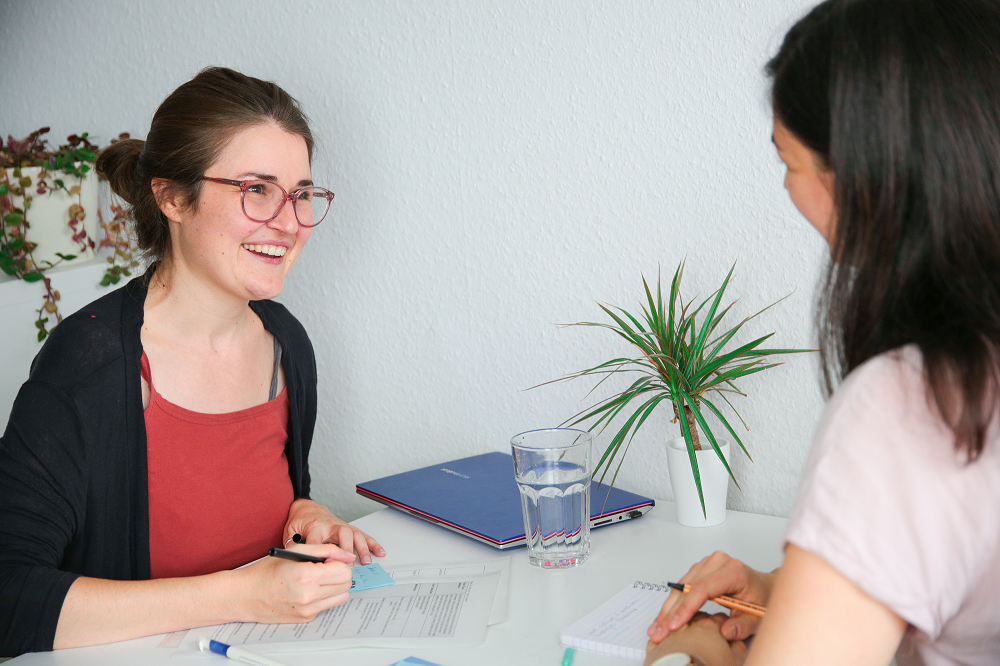 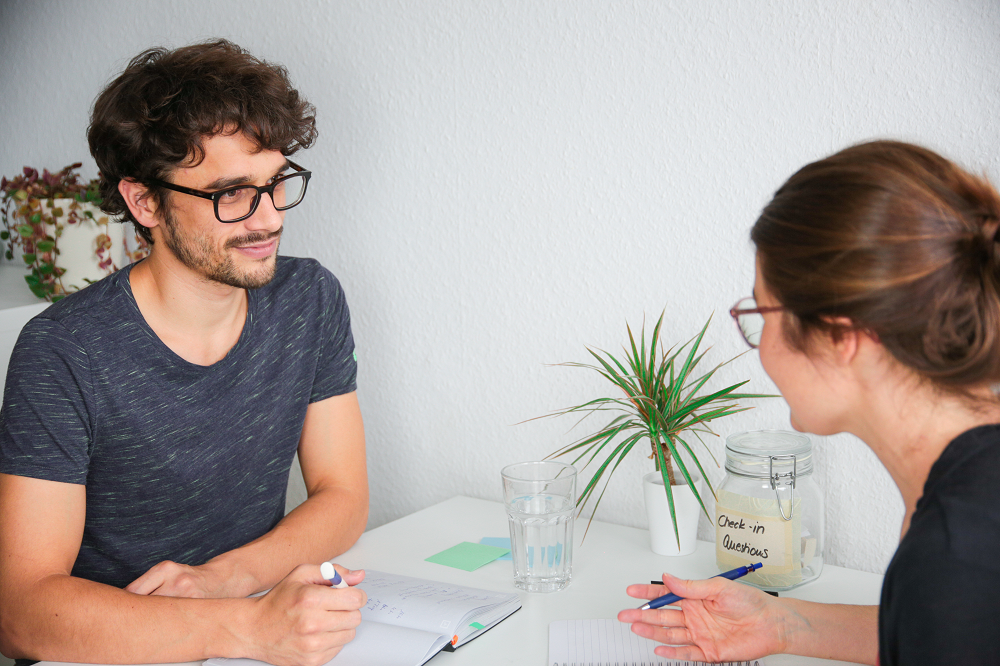 Reclaiming Choice and Agency in a Networked World

Free workshops, events, resources and more, straight to your inbox each month
get our newsletter

Setting boundaries as a team

Setting boundaries doesn’t just work on an individual level. It can work on a team or organisational level too. What’s ok and not ok for us in our work with clients and partners? Which opportunities do we say yes and no to?

In our team we’ve created — through a lot of trial and error — some categories to guide these kinds of decisions. Which most of the time makes it easier. Yet still there are occasionally times when a decision clearly falls outside a boundary and I still find it hard to say no.

Is it paid decently? No.

Ok, so then will we learn or grow through it? Not so much.

Will I enjoy doing it? Not really.

Will it lead to future opportunities and potential? My initial interest was actually based on this, but it turned out it was the last time this event was running so there was a very limited likelihood of it leading somewhere — but of course you never really knew.

Will it create an impact? Not really — my main role would be to be a technical back-up and operate Zoom.

Not even one box was checked. It was a clear no. And yet still I struggled to make that decision. Why? I didn’t want to let them down — these people I had met for one hour in a Zoom call and now suddenly seemed to rely on my support.

And I was worried about what my teammates would think.

Would they think I was turning down a potential opportunity and some (limited, but still something) income?

Would they think I wasn’t pulling my weight enough, taking the luxury to say no?

After all, it’s a somewhat new practice for us as a growing organisation to say no to incoming opportunities.

So I talked it through with them. And of course they didn’t think any of those things. In fact, they would have been concerned if I had said yes given that it was crossing our boundaries. Which is just what I would have thought if it was the other way around. In that scenario, I would have said: there’s no way you should do that! That’s an easy decision!

Of course, though, I still had to write the ‘no’ email. And as soon as I did so I felt relieved to bypass the inevitable resentment which it would have entailed, and happy knowing I had respected our boundaries and acted with integrity.

Saying yes means saying no to something else

It’s like Steve Jobs said: “people think focus means saying yes to the thing you’ve got to focus on. But that’s not what it means at all. It means saying no to the hundred other good ideas that there are.”

We cannot do our best work if we are spread too thin because we said yes too many times for the wrong reasons. And we can’t expect our teams or organisations too either.

Because we might be afraid of appearing selfish by saying no — but how generous are we really being when we say yes but don’t mean it?

The courage to say no comes from feeling ok with ourselves — not from making decisions based on how others perceive us. Setting boundaries means feeling we are already enough. It means backing ourselves.

And then when you do say yes, it’s with the confidence that you have the time and energy to follow through, to fully engage, to do great work and to build healthy relationships in the process. It’s a real, clear, generous yes.

Isn’t that the kind of yes you’d like to receive?

Close Cookie Preference Manager
Cookie Settings
By clicking “Accept All Cookies”, you agree to the storing of cookies on your device to enhance site navigation, analyze site usage and assist in our marketing efforts. More info
Thank you! Your submission has been received!
Oops! Something went wrong while submitting the form.